Wow! Before the elections, even the most hopeful Republicans could not have foreseen it. For the first time since the Affordable Care Act (ACA) was made into law, Republicans will control both houses of Congress as well as the presidency. For those who oppose the ACA (also known as Obamacare), this means that there will be nothing to stand in the way of repealing it.

But there may be a problem… Despite the rhetoric and hyperbole surrounding the opposition to the ACA, many elements of it are very popular. And, if it is entirely repealed, there will be a tremendous shock to the American healthcare system.

It’s not only that patients with pre-existing conditions and young adults under their parents’ insurance plans would lose coverage. The estimated 7 million ‘working poor’ who became eligible for expanded Medicaid coverage under the ACA would also likely lose their coverage. Also, 83% of the 4.2 million individuals who selected a plan through the healthcare marketplaces would lose the subsidies that Obamacare provided for those plans.

Of course, the shock would not be so bad if there was a great alternative to offer those affected- and maybe even the rest of us. But the plans President-elect Trump and Paul Ryan have in their pockets are unimaginative rehashes of old ideas that do little to simplify the healthcare system or to increase coverage to those who need it. In fact, their plans would likely increase the bureaucratic nightmares that already plague our system- and reduce access to needed medical care for a large part of the population.

There is, however, another option that would meet most of the goals that Republicans have been seeking, yet offer basic patient-friendly universal coverage. It would not only allow for the ‘repeal’ of the ACA, but also the abolishment of Medicare, Medicaid and the Veterans Affairs’ health insurance. It would completely abolish the requirement of businesses to provide health insurance for their employees and abolish the requirement for consumers to buy private health insurance. And, there would be a major role for ‘personal responsibility’ for a large portion of medical care.

Yes, there is a way to accomplish all these things and still guarantee basic universal coverage from cradle to grave- and it would cost taxpayers less than the current system!

The proposal is called EMBRACE (an acronym for Expanding Medical and Behavioral Resources with Access to Care for Everyone). It was developed by a non-partisan group of healthcare professionals (rather than by the usual politicians or partisan think tanks) who believe that true healthcare system reform must first be friendly to patients and providers. The group also feels that the American healthcare system should be run by healthcare professionals rather than by lawmakers, insurance companies and special interest groups.

EMBRACE relies on three innovations that are quite novel- yet based on familiar concepts: The creation of an independent “National Medical Board” that would oversee the entire United States’ healthcare system the way the Federal Reserve oversees the United States’ financial system; a scientifically derived “tiered benefits” system that would allow for universal coverage of all basic healthcare needs; and an internet based ‘health information platform’ that would allow for a seamless and user-friendly health system infrastructure.

These three innovations together would create a “Single System” healthcare system, with all the benefits of a single payer system, but with private insurance participation and significantly lower taxpayer cost.

In the next few installments I will go over details of the EMBRACE plan, including the three innovations, and discuss its advantages over the current system. I will also discuss how patients, doctors, hospitals, public health, businesses, insurance companies and even government would benefit from adopting the EMBRACE model for a Single System healthcare system.

If you are eager to learn more about EMBRACE now, please read my book: ‘EMBRACE: A Revolutionary New Healthcare System for the Twenty-First Century’, available on Amazon: HERE

Published by The EMBRACE Plan

EMBRACE (Expanding Medical and Behavioral Resources with Access to Care for Everyone) is a revolutionary new healthcare system for the twenty-first century. It was conceived by healthcare professionals, not lawmakers, with an infrastructure designed to use modern innovations and technology to achieve effective and efficient healthcare. It is more than the health insurance reform of the Affordable Care Act (AKA Obamacare). It is more than single-payer health insurance. It is a complete overhaul of the American healthcare system from its very government and business roots. This book attempts not only to explain the need for a new healthcare system like EMBRACE but also to demonstrate how it might feel to live in the United States with such a system. Working under the assumption that the reader has no background in the subject, the book provides an idea of the possible effects of EMBRACE on consumers (patients), doctors, hospitals, businesses, and even government. View all posts by The EMBRACE Plan 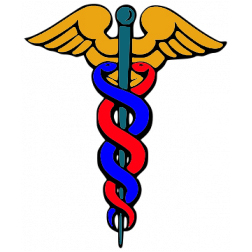